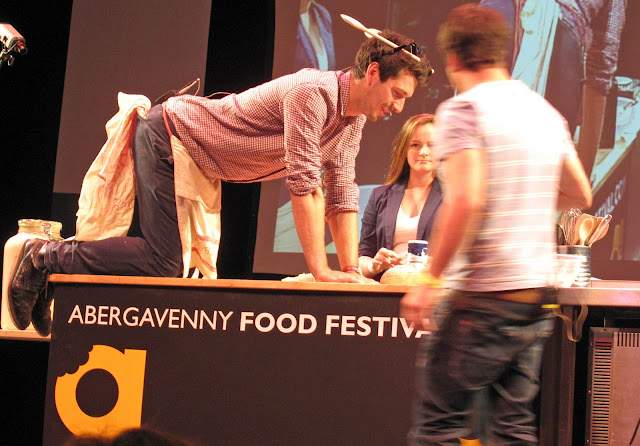 Day two of the Abergavenny food Festival saw us trekking out sleepily, early on Sunday morning for the short 30 minute drive to Abergavenny.

Given that Day One had been rather hectic to say the least, we had decided to take Day Two rather more leisurely...

We arrived a little later than planned but still managed to park just one space next to the place we had parked in the day before. Being Sunday, the car park was free as an added bonus. Then just a short stroll uphill in to the town centre and then we were very comfortably ensconced in the leather sofas of the Angel Hotel for a very relaxed morning cappuccino and biscuits... The Angel is an old coaching inn built in 1829 on the main street of Abergavenny. The staff are superb and the food is wonderful-their afternoon teas have won awards! Highly recommended if you are visiting the area and want to indulge in a little luxury...


Nestled deep in the leather sofas we carefully planned our day to avoid the huge crowds...then refreshed and energised we sallied forth!! 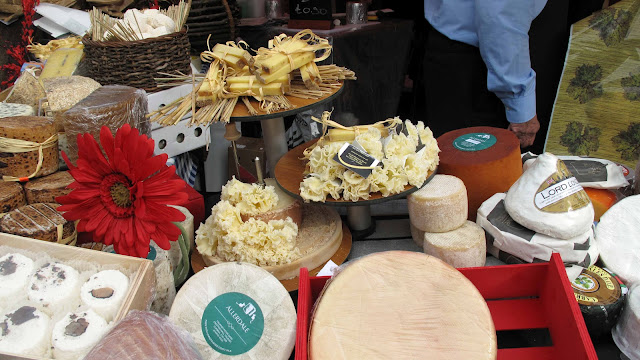 One of our favourites was Cnwd (it rhymes with food), which is a new food producer specialising in local Welsh food traditionally caught and made. Their Smoked Salmon and Smoked Sea Trout (known as Sewin in Wales) was incredibly delicious and morish. Both are caught through the centuries old tradition of coracle fishing on Welsh rivers.

I was delighted to hear later that Cnwd won the Best New Food Producer at the Festival. As they attend The Cardiff Farmers Market as well as sell their delicious produce on line I will be able to get further supplies- thank goodness!

At lunchtime we were able to sit down and rest for a while whilst watching Michelin stared Indian chef Atul Kutcher give a Masterclass. This event had been a sell out from very early on when tickets had been available and with good reason. I have been very fortunate in the past to have spent a day intensively cooking with Atul and had learnt a tremendous amount about high class Indian cooking to Michelin standard and with the added bonus of it being without meat. 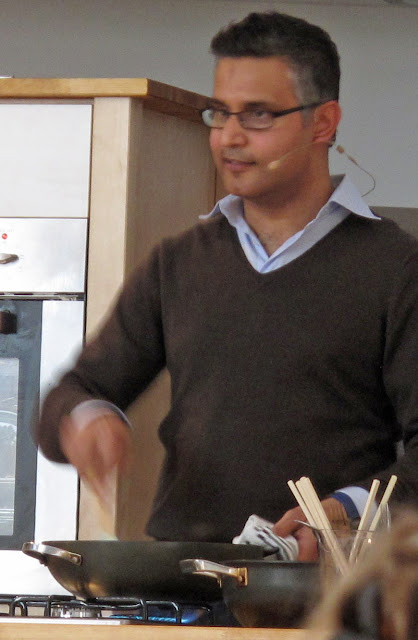 This Masterclass concentrated on using fish very simply with regional Indian cuisine recipes such as from Sri Lanka. As he cooked, the aromas were delicious and at the end of the demonstration we did get to taste all the dishes which were wonderful!

After that we visited a few more stalls and then attended our final booked event.

And what a great finale it was!!

Tom and Henry Herbert i.e. The Fabulous Baker Brothers for those of you that have watched them on television, were booked to do a demonstration at the lovely old Victorian theatre in Abergavenny.
Apparently the tickets when they went on sale, went like hotcakes!!

In the past I have done a bread making course with Tom at his fantastic bakery with its wood fired ovens in Stroud in the picturesque Cotswolds-very, very strongly recommended if you are seriously into bread making.

And so on to their demonstration... 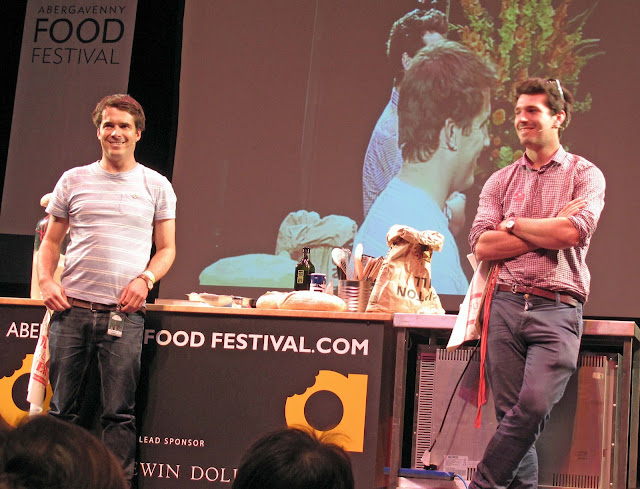 Tom is the baker and Henry is the butcher.

Both are highly passionate about using good local ingredients and lots of love and passion to produce good, hearty food.

Tom described in detail how important flour was and recommended the fabulous Shipton Flour-highly recommended especially if you are looking for those rare artisan flours such as Chestnut or Khorasan flour.

Tom enthused about ‘real bread’ and had a huge jar of some of his family’s original 57 year old ‘monster’ as they call their sour dough starter. Each member of the audience that day were given a small jar of it and instruction came via email in the following day enabling us to make our own wonderful sour dough bread. 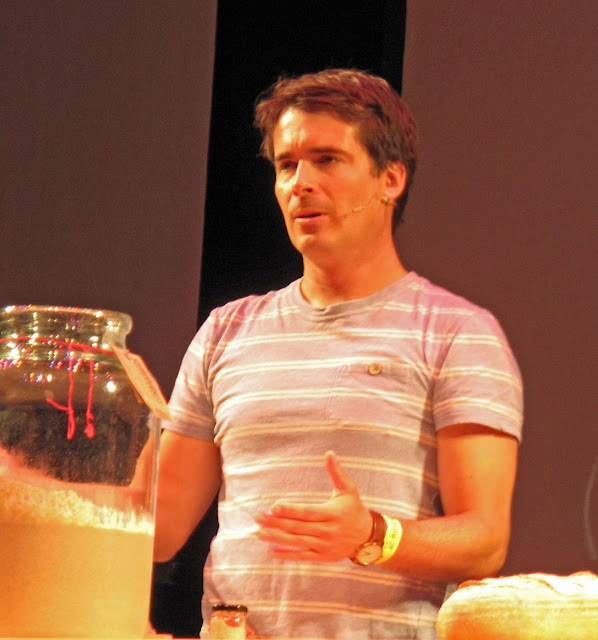 Henry meanwhile talked about meat and they then both cooked an old fashioned trencher of bread and meat.

Tom described baking bread with good flour and baked a long loaf which could be sliced in half with the top half traditionally in medieval times going to the ‘top table’ who were fortunate to then enjoy the ‘upper crust’ and the lower half would then be used as a base or trencher for the main meal of traditionally meat and gravy to be placed upon. The bottom half of the loaf in olden times might contain coarse dirt from the bottom of the oven and as such might have been a little hard but would often soften with the juices of the laden meat and gravy.

Henry wanted to promote lesser known cut of meat with excellent flavour such as Hanger steak.

To show the audience which part of the body the hanger steak comes from he volunteered to get up on the table and be a model for a cow-to huge applause from the audience!

His brother Tom very enthusiastically assisted by adorning Henry with a dishcloth for a tail and wooden spoons for cow horns... 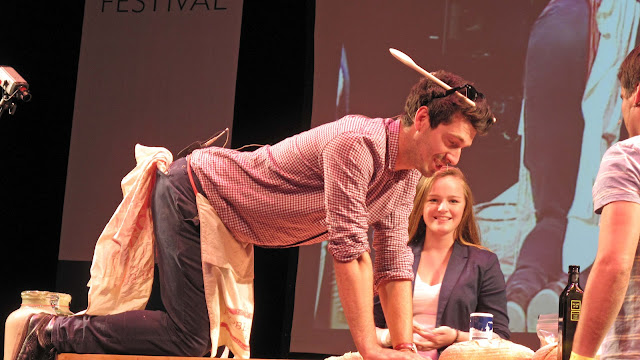 The demonstration was hugely entertaining and great fun and a fantastic end to the festival for us.

If you would like to see and hear the brothers enthuse about bread then click on the link below.

After this we wound our way sleepily but replete both in food memories and full tummies home.

Until next year’s Abergavenny Food Festival-eat well and heartedly!!